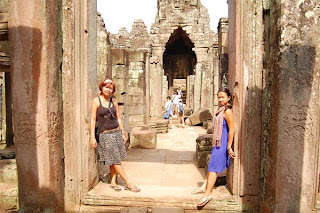 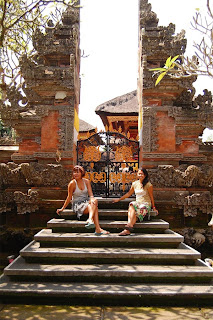 One of the best ways to educate oneself, and one of the best investments one can make in life—this is how Lois Yasay sees travelling, one-half of the duo behind We are Sole Sisters, one of the country’s top travel blogs.  Together with her friend and fellow Sole Sister Chichi Bacolod, Lois traveled across Southeast Asia on a budget of P100,000 for six months. Leaving the comforts of home and the stability of a monthly paycheck, the two journeyed to India, Vietnam, Laos, Cambodia, Thailand, Indonesia, and Burma to satisfy their wanderlust.

Lois had always been a fan of traveling. In 2008, she left the Philippines to live in Europe and in New York, because she believed moving to another country was the only way she could experience the world without spending too much. For her, long-term travel offered more opportunities than the usual week-long vacation,  as having more time to get to know a place and its people was a great learning experience.  “It’s more than just having your photo taken with a popular landmark or ticking an item off your bucket list,” she noted. “You get the chance to understand the local residents, and see how similar or different they are from you.” 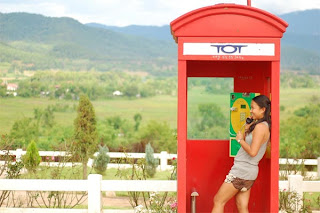 Setting up for six months around SEA
While in New York, Lois’ passion for adventure hit fever pitch after meeting lots of travelers from all over the world. “They would tell me about countries like Laos and Vietnam, and I would ask myself, ‘How come these people have visited these places and I haven’t? I’m the girl from Southeast Asia.’”
When she moved back to the Philippines in 2010, the desire to explore Southeast Asia only grew stronger. While working as a financial services trainer for a foreign bank, Lois met Chichi who was equally gung-ho about going on a great adventure. They christened themselves the Sole Sisters and made concrete steps toward taking the big jump.

But with the grand dream came the challenges, foremost of which was the budget. Lois said she felt daunted by the idea of traveling for six straight months and leaving a good-paying, stable job behind. Yet their determination to make their travel dreams come true persisted, and Lois and Chichi made major lifestyle changes, one of which was to be more disciplined in their spending. They each opened a passbook account to keep track of their savings. Every payday, a specific chunk of their paycheck automatically went to the travel fund. Lois also stressed that research and planning were very helpful in keeping their expenses down, especially airfare costs. “We found a travel buddy in Cebu Pacific. It has opened up a world of traveling to more Filipinos because of their low-cost flights and regular seat sales.” Lois also hoped more people would realize that traveling is not exclusive for the affluent to enjoy. “Cebu Pacific has made it possible even for regular people like us to go places and experience what the world has to offer,” she said.

Crossing borders, breaking barriers
For Lois, among the best things about traveling is that it challenges the prejudices one may have on different cultures, including one’s own. “I first thought I was just immersing myself in their way of life, very much like a citizen of the world. But at the same time, I got to take a closer look at my own life and gained a deeper appreciation of who I was,” she said.

Lois counted Cambodia as one of the most riveting countries she had visited. The Sole Sisters started the expedition in Ban Lung, a remote town in the eastern part of the country, where they went on an elephant trek, visited hill tribe villages, and took a dip at the Yaek Lom Crater Lake. They also headed to Phnom Penh to learn more about the country’s history and went to Siem Reap to marvel at the Angkor Wat, a UNESCO World Heritage site. “It was a rollercoaster of emotions. The country’s beauty captivated us, while its history enlightened and humbled us,” she said.

Stressing the significance of travel, Lois said that it does not matter how one does it, as long as he or she goes out and explore the world. “Travel for a week or less, for six months or six years. It’s up to you,” she stated. “As for me, I’m thankful to have found a travel companion in Cebu Pacific, which gives me endless opportunities to discover the world and enrich my soul.”
Posted by kankan at 7/18/2012 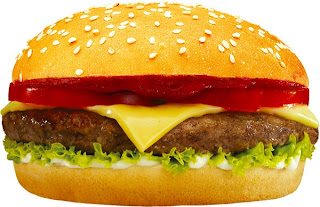 Unleash your inner champ and join Who’s the Champ? The Jollibee Champ Eating Challenge for a chance to win as much as P50,000 in cash plus Jollibee gift certificates. Take on the undisputed heavyweight, the Jollibee Champ that boasts of a hefty 1/3 pound patty made with 100 percent pure beef, plus fresh lettuce, tomatoes, creamy cheese, ketchup and mayonnaise served in a soft sesame-seed bun. It is definitely big burger goodness like no other.

The contest is open to all males, aged 18-35 who love Jollibee Champ burgers. All they have to do is purchase a Jollibee Champ—solo or value meal—in any Jollibee store from June 1-14, 2012 and finish the burger in one minute or less. After the last bite, they need to clearly shout the words “I’m the Champ!” to stop the timer.

After the two-week store challenge, the top five contenders from every region—Metro North, Metro South, North Luzon, South Luzon, Visayas and Mindanao—will each get P1,000 worth of Jollibee gift certificates and will be pitted against one another in the Regional Semi-Finals. In the semi-final round, the fastest to consume the Jollibee Champ burger from eachregion will move on to the Grand Finals set on July 6, 2012 at the Trinoma Activity Center.

To join Who’s the Champ? The Jollibee Champ Eating Challenge, visit any Jollibee store or log on to Jollibee’s official Facebook page at www.facebook.com/iwantjollibee for more details.
Posted by kankan at 6/05/2012 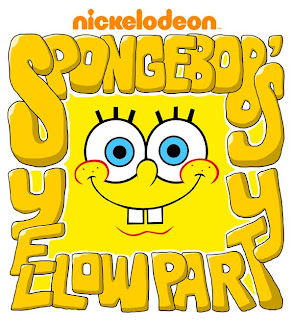 The summer heats up with fun and excitement as Nickelodeon Philippines hosts SpongeBob’s Yellow Party on May 5, 2012, from 3 PM to 6 PM at the Bonifacio Global City Open Field in Taguig.

This year, SpongeBob SquarePants fans can join the yellow fellow from Bikini Bottom for a day of fun under the sun as Nickelodeon offers tons of games, prizes and surprises for the whole family will enjoy. The best part… Entrance is absolutely FREE! Partygoers will be able to indulge in themed games and activity booths inspired by our Bikini Bottom pals. There will also be a special screening and performances to keep the whole gang entertained.  And of course, the party wouldn’t be complete without everyone’s favorite pal who lives in a pineapple under the sea -- SpongeBob will be there with his best friend, Patrick Star, and his other pal, Squidward Tentacles, to join in the fun and to make sure that everyone has a blast.

For more information, tune in to Nickelodeon or visit nick-asia.com/sbyellowparty.
Posted by kankan at 4/30/2012