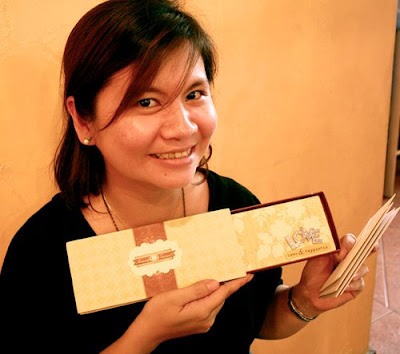 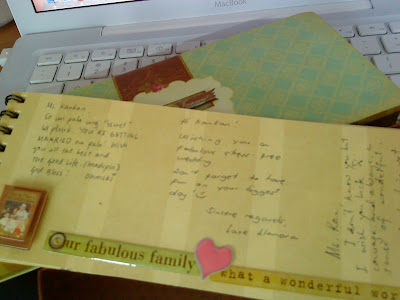 last thursday, March 12, we had a blogger's event for fish 'n co at shangrila mall, after the program was finished and all the bloggers are already eating, sire and leirs approached me and gave me a surprise gift from all of the bloggers.i was really surprised and touched with the gesture. i want to thank everybody who contributed to the cute and lovely mini scrapbook. i really appreciate the thoughtfulness all of you gave me. and syempre i want to specially thank leirs and sire for making the scrapbook.you all made me very happy that day, thanks again!
Posted by kankan at 3/15/2009

i just love havaianas, i'm such a flipflops person that when i was first introduced to havaianas, i was hooked. i'm even gonna wear havaianas on my wedding...

here's a little history on how havaianas was born... 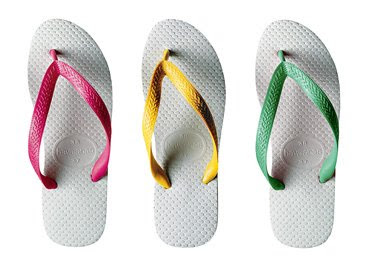 1962: Havaianas was born in the year 1962 from two distinct parents: the breezy culture of Hawaii and the serene design of Japan. With the same clean lines as the Japanese straw slipper called the Zori, but with a secret rubber formula, Havaianas was the original and unexpected child of eastern Zen and western joy.

Today, you can see the marks of its parentage easily. The Zori, which has a rice straw sole, can still be seen in the iconic rice pattern found in every pair of Havaianas. Likewise, the name Havaianas is Portuguese for Hawaiians and the lively atmosphere of the tropics is present in the bright colors and joyful patterns of Havaianas’ many styles.

1970’s and 1980’s: As early as 1970, inferior imitations were launched by competitors. Competitors had a hard time converting Havaianas-lovers, however, for they loved the brand’s style and substance. Havaianas also launched a campaign with the slogan, “The Legitimate Ones,” which was so successful that it cemented Havaianas as a fundamental part of Brazilians’ lives. So much so that Havaianas was henceforth used by the Brazilian government to control inflation, just like rice and beans.

1994: With the launch of a single-color style, the Havaianas Top, Havaianas shifted the fashion landscape, forever redefining casual wear. While this style began with only 8 colors, it would forever revolutionize leisure wear. From this year forth, flip-flops would leave behind the indoors for the sidewalks and the catwalks. Havaianas graced the feet of everyone, from royalty such as Queen Silvia of Sweden to models such as Naomi Campbell and actresses such as Jennifer Aniston. To this today, Havaianas followers include Oprah, Tom, Katie and Suri Holmes, David Beckham, and Michael Kors to name a few.

This landmark year also had Havaianas gracing the pages of numerous fashion magazines, such as Elle, Vogue, Marie Claire and Cosmopolitan, and weekly magazines like Time and Newsweek.

1998: In 1998, a special collection is launched on the occasion of the football World Cup in France. Though Brazil did not win the cup, it did win the hearts of Havaianas followers. The distinctive Havaianas Brasil was never taken out of the market and remains a fan favorite to this day.

2000: The first fashion show for the launch of a Havaianas collection happens in the year 2000. It was also found in the collections of other designer brands.

2001: In the beginning, Havaianas was exported to Latin-American countries such as Bolivia, Ecuador and Venezuela, but by 2001 export of Havaianas literally takes off. But though it has traveled the world and adorned the feet of people in over 60 countries, it still only has one true home: Brazil, where every single pair of original Havaianas is lovingly created.

2003: Havaianas first set foot in the Philippines in 2003. It sold a million pairs in its first three years, forever cementing Havaianas’ place in the hearts (and feet) of Filipinos.

Havaianas would also find a home in the hands of Oscar nominees. Since then, a special pair of Havaianas has been created for and gifted to Oscar nominees during Oscar ceremonies. In 2006, the exclusive, limited edition style was valued at over a thousand dollars due to the glittering black diamond dangling beside the familiar Havaianas logo.

2004: Diamonds are forever, and so are Havaianas. An exclusive edition, designed by renowned jeweler, H. Stern, was launched. With 18 carat gold and diamonds, this pair of Havaianas was a truly an unforgettable gem.

2006: The first Philippine Make Your Own Havaianas was held in the North Court of Rockwell Power Plant Mall. This yearly event enables Havaianaticos to mix and match different colored styles of soles and straps and embellish them with pins and Swarovskis crystals.

All Flip-Flops, a store devoted solely to selling Havaianas merchandise, was created in the Philippines in August 2006. It was the first Philippine retail store to need a bouncer, but it would not be the last. Nineteen All Flip-Flops now populate the country, and their bouncers are permanently on stand-by.

2007: Havaianas lovers walked the streets with style and purpose during Lifestyle Walking. This Manila walking tour was an event which promoted the benefits of walking even as it heightened the appreciation for Manila, and it won a Philippine Quill for its originality.

2008: Havaianas remains a fashion must-have, appearing on the catwalks of Jean Paul Gaultier, and in Nina Garcia’s “The One Hundred” as a fashion necessity. Footwear designer Christian Louboutin would later say that every woman must have at least 3 pairs of shoes: one high heel, one skin-colored sandal, and one pair of Havaianas.

Havaianas invades the shores, streets, fields and palates of Filipinos. In February, Free Kick, an event which allowed players to tap their inner Ronaldingos, was held in Bonifacio High Street. In March, Flip-Floats, giant inflatable slipper-shaped rafts, were given away to fun and fashionable beach combers in Boracay. April saw giant slipper sculptures decorate areas such as Bonifacio High Street (BHS). Havaianas returned to BHS in October for Playback, an event that recaptured the joy of street games. Lastly, in November, Havaianas gave beach goers a taste of Brazil through the Havaianas Beach Bar, which served a drink inspired by the Brazilian National Cocktail.

2009: Over three billion pairs of Havaianas have been sold all over the world. If every pair was lined up toe to heel, Havaianas would circle the world 40 times and no one would ever frown again.

Today, Havaianas belong to all those who are part of its history, who have done the simple act of slipping on a pair of flip-flops.
Posted by kankan at 3/11/2009 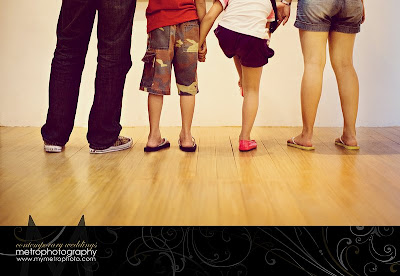 one of the pictures from the pre-nup shoot...
location: tala gallery
thanks to oly ruiz of mymetrophoto
Posted by kankan at 3/08/2009 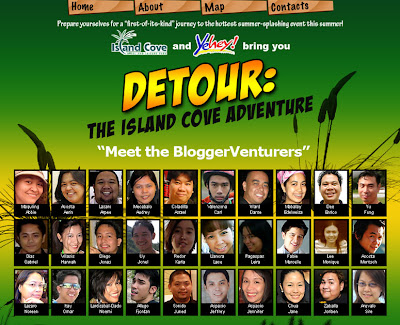 On Thursday, March 5, 2009, thirty bloggerventurers will dash and splash in a whole day of sun-soaked, energized expedition to the shores of adventure!

Equipped with gears of maneuvers and strategies, these participants will embark on their mission to many Island Cove recreation offerings and diversion destinations that await them in this sportacular day!

Watch how these teams of courage trek the challenges in their pursuit to be the DETOUR: the Island Cove Adventure Winner!

http://islandcoveadventure.yehey.com/
Posted by kankan at 3/01/2009