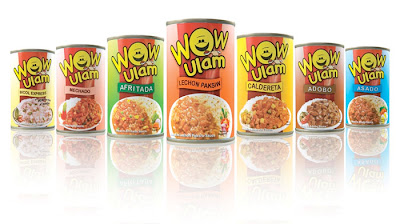 When cooking is not possible, affordable ready-to-eat food which can be consumed immediately comes very handy. Your favorite local Pinoy dishes are now available in convenient, ready-to-eat canned pang-ulam. Pacific Meat Company, Inc., (PMCI), the maker of the number one corned beef, Argentina , introduces WOW Ulam, a ready-to-eat canned food that is perfect for the budget-conscious Filipinos.

WOW Ulam is made of flavorful chunks of sausage and luncheon meat in popular pinoy sauces. It comes in the following variants: Adobo, Asado, Afritada, Caldereta, Lechon Paksiw, Mechado and Bicol Express. Each variant is prepared using authentic Filipino ingredients, comparable to home-cooking.

“According to an AC Nielsen study conducted in 2008, two out of 5 Filipinos ranked rising prices as the number one issue affecting their lives. Through WOW Ulam, PMCI hopes to provide Filipinos with a delicious, ready-to-eat and affordable meal in can that can be enjoyed anytime, anywhere,” says Dutch Rodolfo, Senior Product Manager.

WOW Ulam is affordably priced at P13.50. One can of 155g is enough to feed a family of four. It is available in supermarkets, groceries, sari-sari stores and public markets stalls nationwide.
Posted by kankan at 10/13/2009

Bringing the classic back 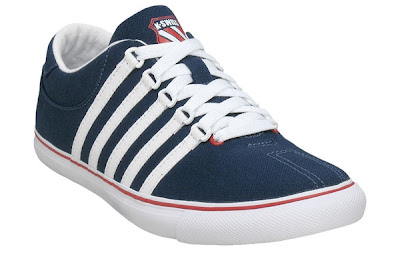 Do you remember that fashionable footwear that stood out in the ‘90s? Those tasteful white sneakers that grabbed everyone’s attention?

Newsflash: K-Swiss is back and once again ready to take on the top spot for that classic and trendy footwear. As an opening salvo, it is introducing new designs that are sure to excite loyal patrons and entice new followers.

A brand known for innovation, quality, performance, and style, K-Swiss is integrating the classic look with contemporary touch to suit the new generation’s taste in apparel. Just think K-Swiss Classics. First introduced in 1966, this K-Swiss signature design with its characteristic five stripes and the D-rings still holds that elegant and fashionable imprint 40 years later. A timeless piece that represents style, authenticity, and individualism, the K-Swiss Classics has transcended from being the first leather tennis shoe to being a fashion staple both on and off the court. 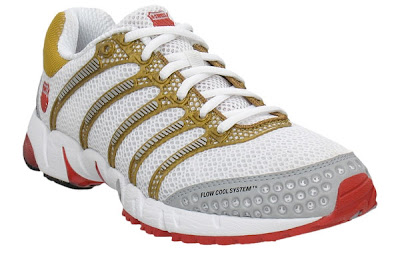 Joining the Classics is the entry of the Surf and Court design, another timeless offering that complements K-Swiss’ originals collections. The Surf and Court design is sure to style women up anytime, anywhere. With its nautical classic design, soft full-grain white leather, and nautical stitching, Surf and Court epitomizes the elegance of the K-Swiss sailing shoe. Heritage K-Swiss details like the iconic five stripes, D-rings, and discreet script are likewise included in this design.

K-Swiss also touches on performance in its 2009 lineup. Runners may want to check out K-Swiss’s K-Ona model. Its 9 oz. ultra-light, stable running shoe with its exceptional cushioning makes it a perfect partner for training, road races, and triathlons. They may also want to try out K-Swiss Run One miSOUL Tech model. A versatile running shoe that features a modular, interchangeable sole system engineered for customized performance. 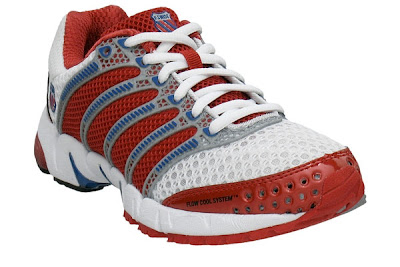 Completing the lineup is K-Swiss Grand Court, an athletic-inspired shoe made with a fashionable design. It features wider stripes on the side and the classic K-Swiss elements plus synthetic leather upper and a rubber sole.

Check out the Classics and the new K-Swiss designs. Now available at all Planet Sports outlets, Athletes Foot stores, and Olympic Village stores nationwide.
Posted by kankan at 10/13/2009