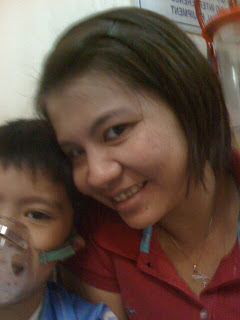 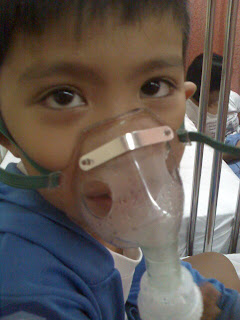 My baby anshel was rushed to the hospital a few weeks back due to an asthma attack. Anshel has asthma eversince he was 2, but this is his first serious attack, I was really scared because he's really having a hard time breathing and he can't sleep. So we decided to bring him to St. Lukes. We arrived at the hospital at around 5:30am, he was nebulized and was given medicine. We stayed at the hospital for half a day. Anshel continued to nebulize for about 5 days. Anshel is feeling better now, he's been diagnosed to having primary complex, he'll be on medication for 6 months. I'm really glad that he's ok now.
Posted by kankan at 12/05/2008